I bought a new kind of kind camera the other day – well a new kind for me that is. A medium format mirrorless camera, the already legendary Hasselblad X1D which has been around for more than 2 years by now. It is a camera that has received both a lot of very positive reviews but also a lot of criticism.

After reading a lot of reviews and viewing many videos on youtube I decided that I was leaning more to the viewpoints of those giving positive reviews on this camera for the reasons below – and some more that I’ll come into when I do my own review – hopefully both here and on youtube (if I do a review on youtube, I’ll of course leave a link to it here): 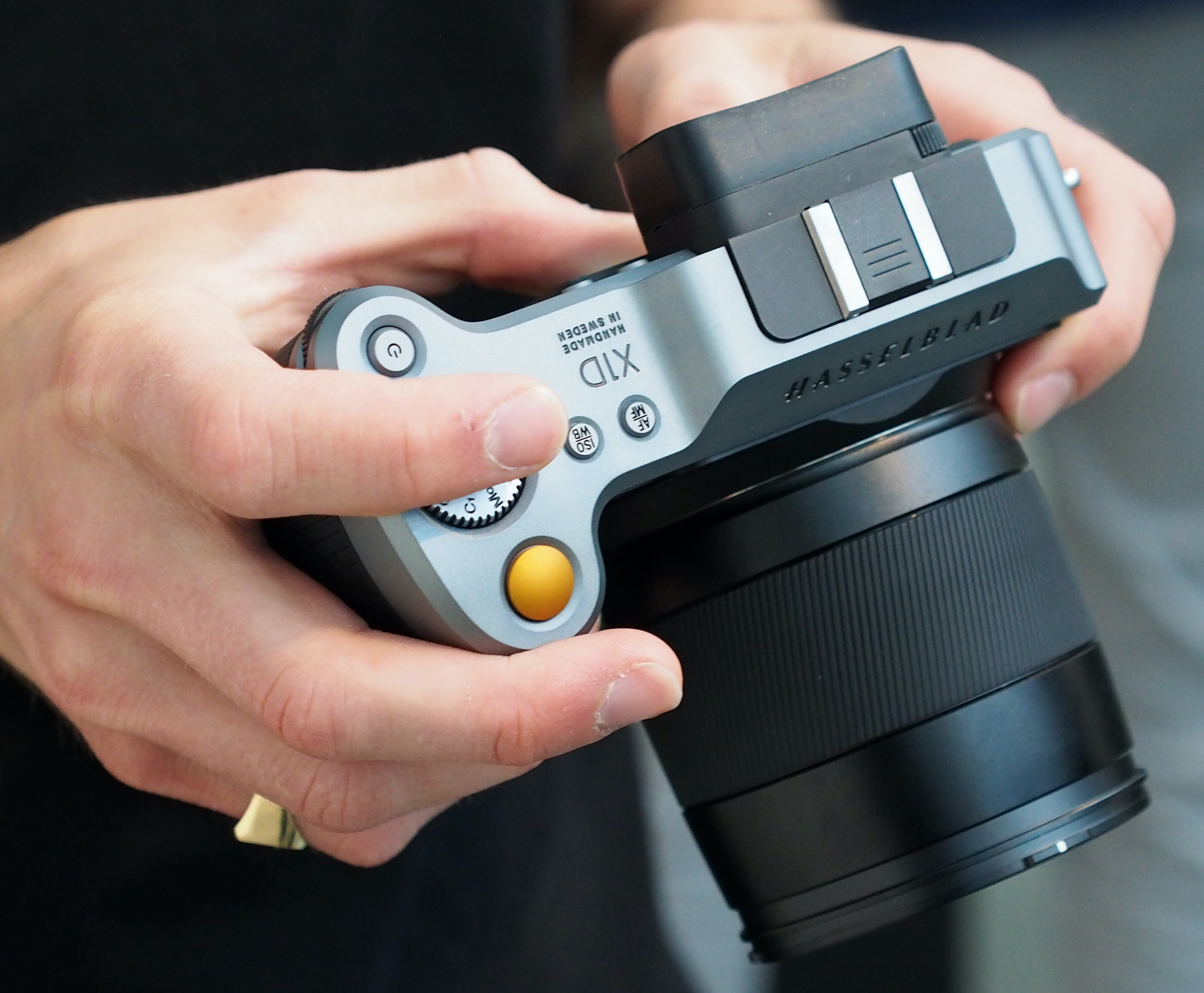 I’ll get more into each of these decision parameters further on.

I switched to digital photography in 2002 and never thought I would look back. I sold all gear related to analog photography both cameras, development tanks, enlarger etc. and started following an upgrade path in order to have the most modern digital equipment. But after a bit more than 10 years of digital photography it suddenly dawned on me, that I actually liked the proces of making analog images. It required me to think more about how I would actually want the final result to be during the photographic proces. I couldn’t just look at the back of my camera and see if the picture or one of the sometimes many pictures actually looked good. With analog you had to work harder to visualise the final image and how you actually achieved that result. It meant that were much more involved and focused, and I like it that way.

Therefore, I started buying some simple analog cameras to a start. The first one was an Olympus Trip 35, that I took to the mountains on some climbs in the Alps. The results didn’t always come out the way I had visualised it, but actually I liked it that way. It meant there was still something to work with, some things to improve on.

As time went I got deeper into shooting analog and even went so far as to bring a large format camera into my collection and took it to Iceland to shoot landscapes during a one month holiday.

Now you wonder, haven’t we strayed of quite a lot from the theme of this article. No actually not. You see a lot of the way you use analog cameras is also the way you use a camera like the Hasselblad X1D. It not a camera that you just point on anything, click the shutter and expect it to catch the scene.

Moving subjects are difficult to nail, its autofocus is rather slow though it’s quite precise when it finally hits, it doesn’t shoot at a high frame rate so you just point your camera at the object and just keep pressing the shutter to catch 10 or more frames per second, one or a few of which might nail excactly what you want. No, this is much like working with the huge medium format camera from the 80s though in a very nice and light packeting.

Furthermore, just like the large format negatives there’s so much detail in these images that when you zoom in it seems like you can go for a walk in the pictures and find details you haven’t noticed before.

First time I got the Hasselblad X1D in my hands I thought “this is the best fit for my hand of any camera – ever” and I still have that feeling. I have walked up Kilimanjaro several times and mountain guide carrying a professional DSLR like the Nikon D4 in my hand. And the grip of that camera is nice, but the camera is heavy. The X1D only weighs around half of the Nikon D4 and the grip is substantially better. I guess I could carry it for weeks in my hand without even thinking about it. The design of that grip is just stunning and much better than anything I have experienced before. 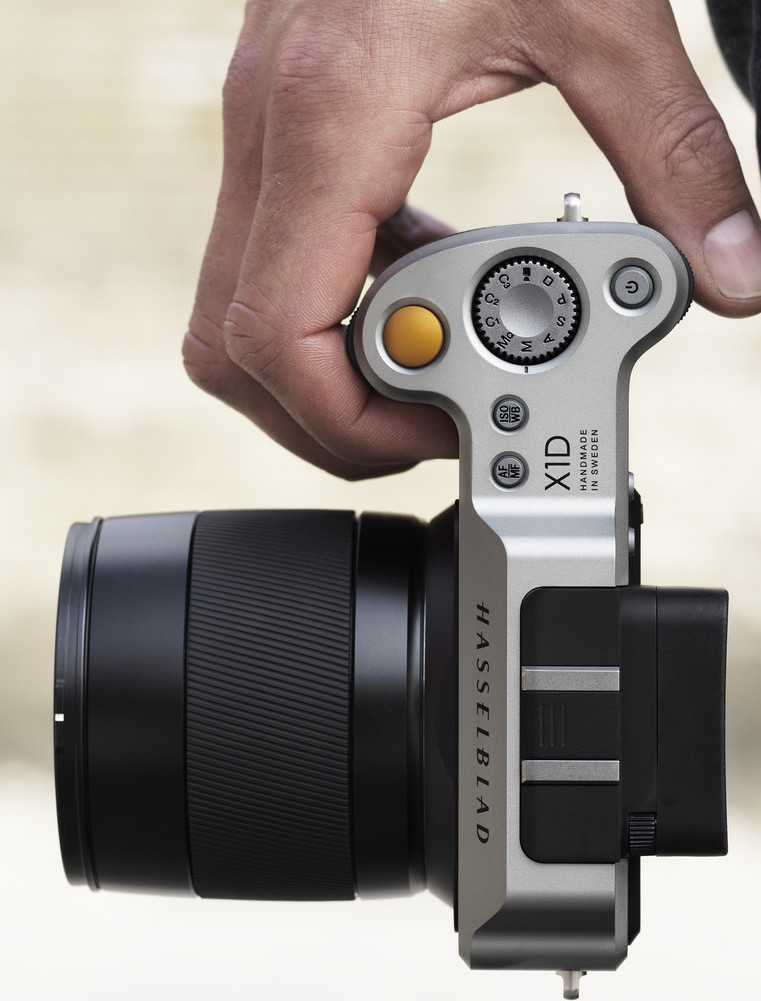 The next thing is of course the user interface. As much as I like the design philosophy of the Fujifilm X-series cameras with their huge amount of dials and buttons, I have come to like the simplicity of the Hasselblad X1D. There are very few buttons, but those buttons are placed very logically and reachable for my hand. And I adore the user interface of the touch screen. Sony, Nikon and Canon have a lot to learn. Hasselblad did this on their first attempt into the mirrorless camera world and they have hid the mark spot on. It can’t be much better than this, it’s just so logic, just so easy, just so simple although there is a lot you can do with it.

The above reasons could do it for me, but actually there is one more thing that just amazes me. The stunning picture quality.

I know a lot of people say you can get almost the same with the Sony A7 mark IV and to some degree it might be true. But I just like the colours, the white balance, the image details and the huge dynamic range right out of the Hasselblad camera. I don’t have to do much in post with the image, which suits me fine, cause I love the proces of taking pictures and hate post processing. Sitting behind the computer and fiddle with the images that’s just not what I fancy. Working as much as possible with the camera and as little with the images on the computer, that is just what this camera allows me to do.

For all of the above reasons – and a lot more but lesser important reasons – this is just the right camera for me.

Going ahead I plan to test a lot of different older full frame and medium format lenses on the X1D. I will do this when I receive the corresponding adapters for the Hasselblad. I have ordered or plan to order adapters for the following lens systems of which I already own several lenses:

Furthermore, I will test the video functionality on this camera, as it is something not very many have done. And why would I even consider using the video on this camera?

The fact is that if I get to love this camera as much as I expect, I will probably bring this as the only camera on a lot of my trips and expeditions. Of course I will bring a backup camera but that will only be something like a Fujifilm X100T, a camera that I’m also very fond of due to its design and – compared to size – amazing image quality.

That’s it for now. I’ll be back as soon as I have done some more testing with the Hasselblad X1D, the lens I bought it with, the 45mm f3.5 and certainly when I have started testing the adapted lenses.

Until then, enjoy your own shooting with the cameras of your liking.